I've been drawing these weird symbols for nearly 17+ years now on and off here's a basic example of one that I did quite quickly its all from inside my mind like i'm accessing some sort of knowledge base or library of knowledge. Also its as if i'm in a trance sometimes when I really focus on it .This one took about 20 minutes roughly.

I have a small You-tube channel for my (Non-Profit organization UNDER THE USERNAME "Ark Angel Joshua"), i'm building up reputable viewers likes and subscribers but at the moment its all new and i am still learning a lot with the video editing music productions electrical engineering sound wave engineering etc..
Below ill post the link to one of my Music Productions For Frequency Hz Audio Acupuncture and self-entrancing music production it activates the pineal gland and third eye and allows you to see orbs and free masonry crosses.Im currently working on a new product for arthritis and or other debilitating conditions for Non-profit commercial sale to build up a non profit bussiness and donate most of the proceets to charity and or other organization's alike im not looking to sell my product to anyone here as many of you who know me better then to say im trying to make a buck off any of you im going to release the ingredients soon if i can get the chatroom to workk ;( im going to upload videos on how to make the basic version at home with simple over the counter ingredients used for cooking. please stand by.

Im in the process of working on a bone-stimulative arthritis fighting regenerative agent risk free product line for free just going to release the ingredients later on..


Im going to be uploading on how to channel properly..

How to send telepathic message's...

How to turn negativity into positivity with a ying/yang chi twist...

How to get rid of any negative thought's or voice's...


all for the one low price of just your time...

its a video educational purposes only non promotional and non-paid for made by me in my free time which I seem to have more so nowadays so ill keep it up and going.

(WARNING DO NOT ABUSE MY MUSIC PRODUCTIONS FOR SELF GAIN SUCH AS PROFIT OR MONEY OR TRANSFER OF OR TOO ANOTHER LIKE INDIVIDUAL OR PROPERTY THAT IS LICENSED TO ME OR FOR COMMERCIAL REDISTRIBUTION
SALE OR RESALE AND USE)!

Orbs I remembered my father taking these images a few months back id say 5-8 give or take a few days and at first I was skeptical these could of been through the lense or flare through the visionary fractile tiled lense imagery software or glare from the flash but I know its not I have like 5 photos I was working on my father at the time spiritually from afar and the next day he got this on footage.

What type of mathematical equations are these or messages from afar?If anyone might know what other worldy beings im dealing with or ancient symbols these are from would be a really great insight Also this equation has some sort of messaging device I saw along with the other symbols. Looks like a tesla coil but with an entenna .The first image is from 45 minutes of writing things I saw in my head while remote viewing the second image is from me remote viewing for 20 minutes and writing it down .When I get home ill upload my others ive accumulated over the years at one point I had 120 pages if not more I don't do it regularly because I don't get enough support from inside family sources to give me though over the years id probably have close to 400+ pages if not more. The below information is from me accessing the akashic records and universal library of knowledge.

Paramagnetism to enflect >+< deflect a positive like spark of magnetic pulses and charges of the negatively charged magnetic ions that have a gravitational pull of the neodymium earth magnets of any given charge would result in two like forces attracting and deflecting positive +++*-3energy to |x|3 to given power of ultimately 3 x the mass divided /the x*y*z* 1 feet divided 0 divided the time divided by quantum interloping of anti stagment matter of two positive and negatively charged particles bending the two of which like forces to shape a ripple in time and into matter quantum interloping matter and the end result === anti gravity*0=true .

Something I discovered through mediation and opening my third eye and accessing the Akashic records. Paramagnetism to enflect >+< a positive spark of magnetic anti-gravitational pull you need to take advantage of the universes natural magnetic poles and grid lines.

Neodymium natural earth magnets are great source of ++-- magnetic energy a positive spark of the magnetic gravitational pull of like neodymium magnets of any given charge would result in two like forces attracting and deflecting positive +++- power of -3 energy to the given power Of ultimately 3x the mass divided by the x times y times z feet with the power of 1 over it divided by the time divided by the quatum interloping of stagnet matter bending the two of like attracted forces to shape and ripple in time to matter.

Paramagnetism to enflect >+< deflect a positive like charge or spark of magnetic pulses and charges of negatively charged magnetic ions interloping from the north and south magnetic poles and grid lines.

Ment to say make out of meteorites.they are a good solid source of conducting material of pure metals found only in our solar system or possibilities of radiated heat protection from the rare minerals and materials found in meteorites

Mathmatical equation's. Zero-point-energy equation=+-0.00-+ times/mass/Length/light/time divided by the quantum time interloping speed of the mass and force of the splicing attractiong in between of two which like masses/matters


How to make to remote-view First stair at a object that sticks easily to the neurons in the frontal lobe and pineal gland of your mind.Stair at any object for 30 seconds-3 minutes or depending on your brain it can take a minute or so to create a memory time stamp of that object.


They have very strong immunologic immunities to diseases.If you feed the vaccine in labs to mosquitos its the safest route millions of eggs are laid in each batches in water

Im not saying go out in social acitivites and go in the woods and be bit by mosquitos.That wouldn't be logical or ethical or smart.Im saying mosquitos genetically created in labs safely and released in controlled enviroments could have a great impact on fighting the convid-19 and other diseases that may be out there..


Research-To be continued for later time when in the mood.. 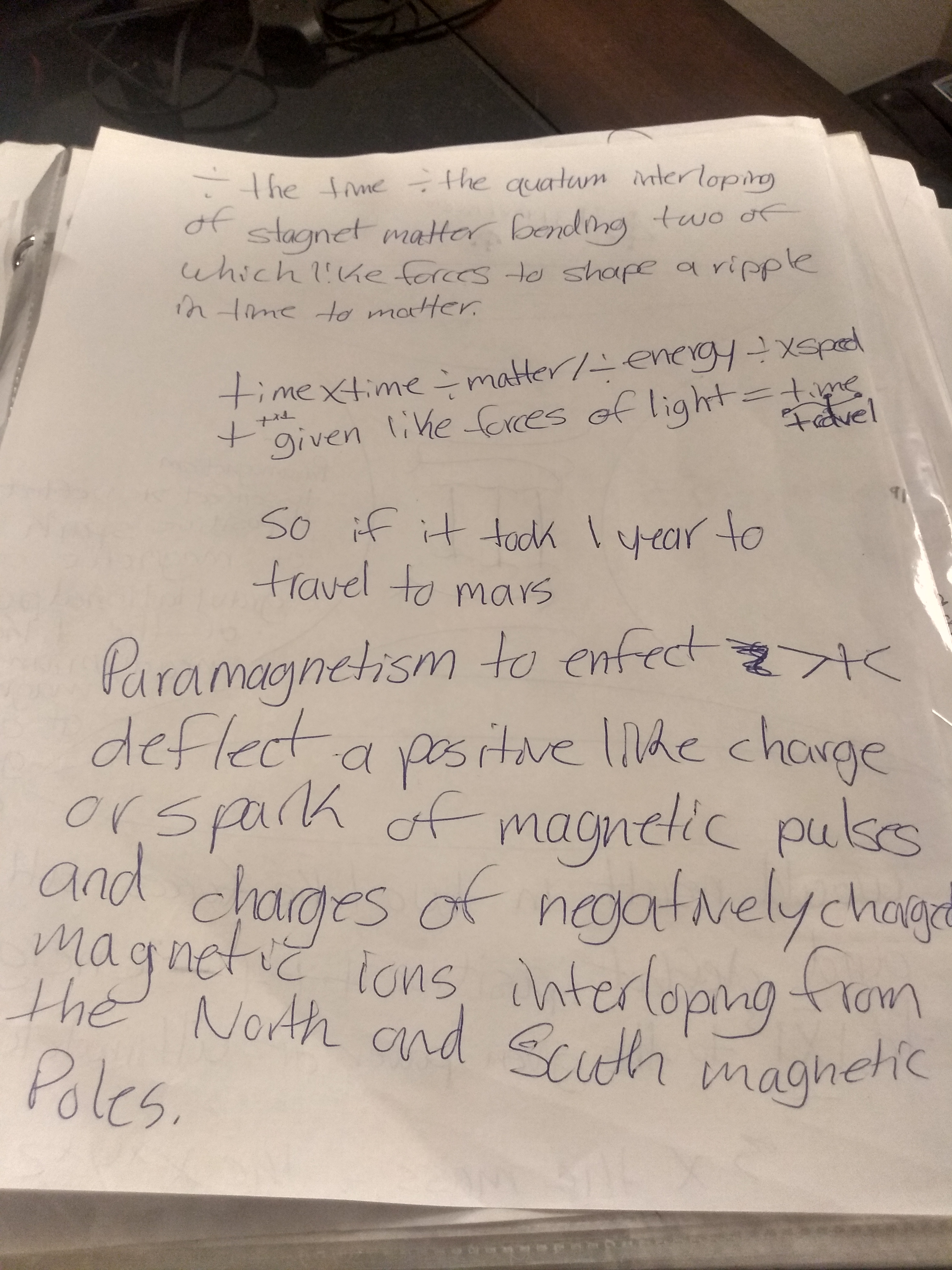 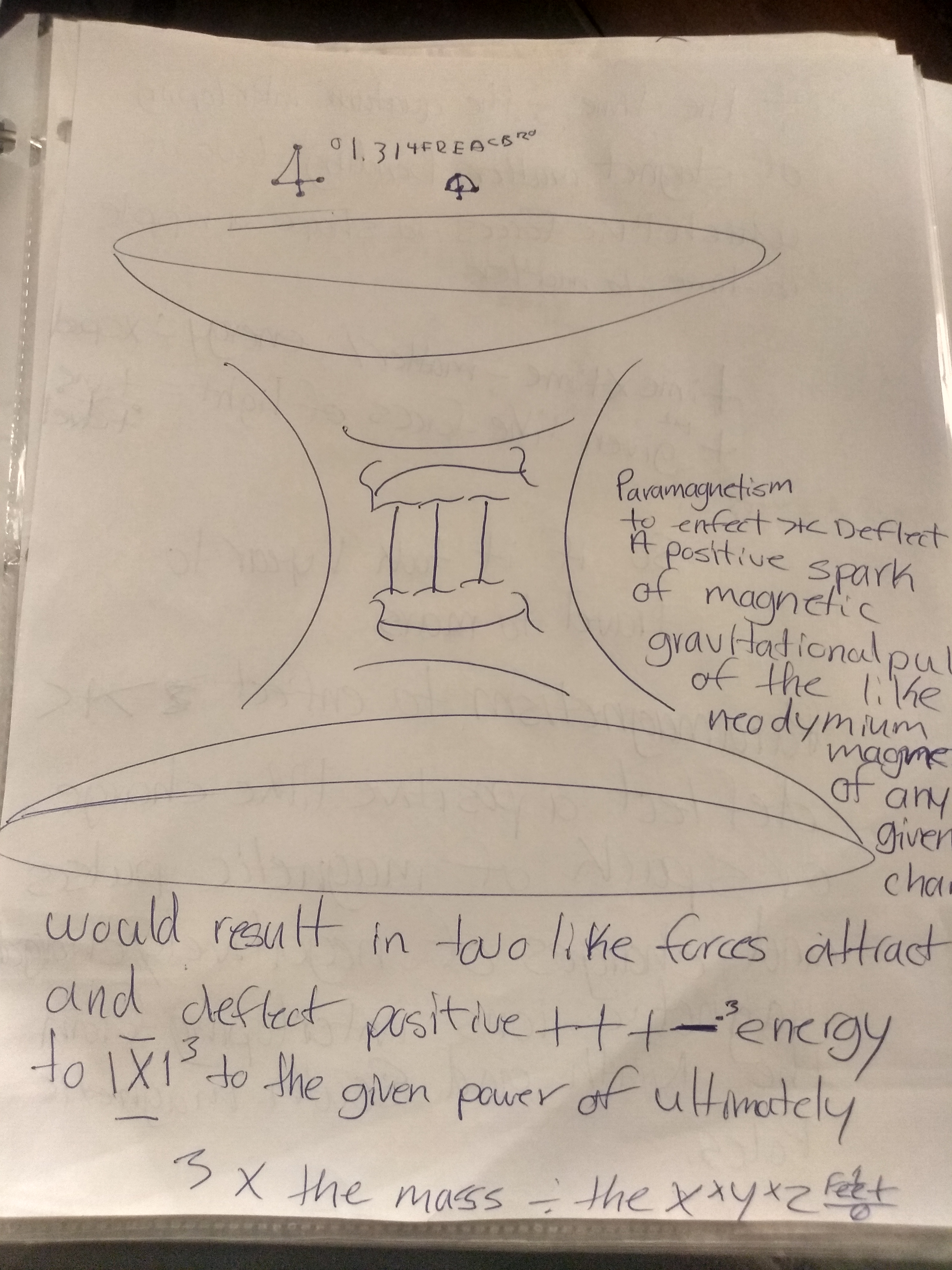 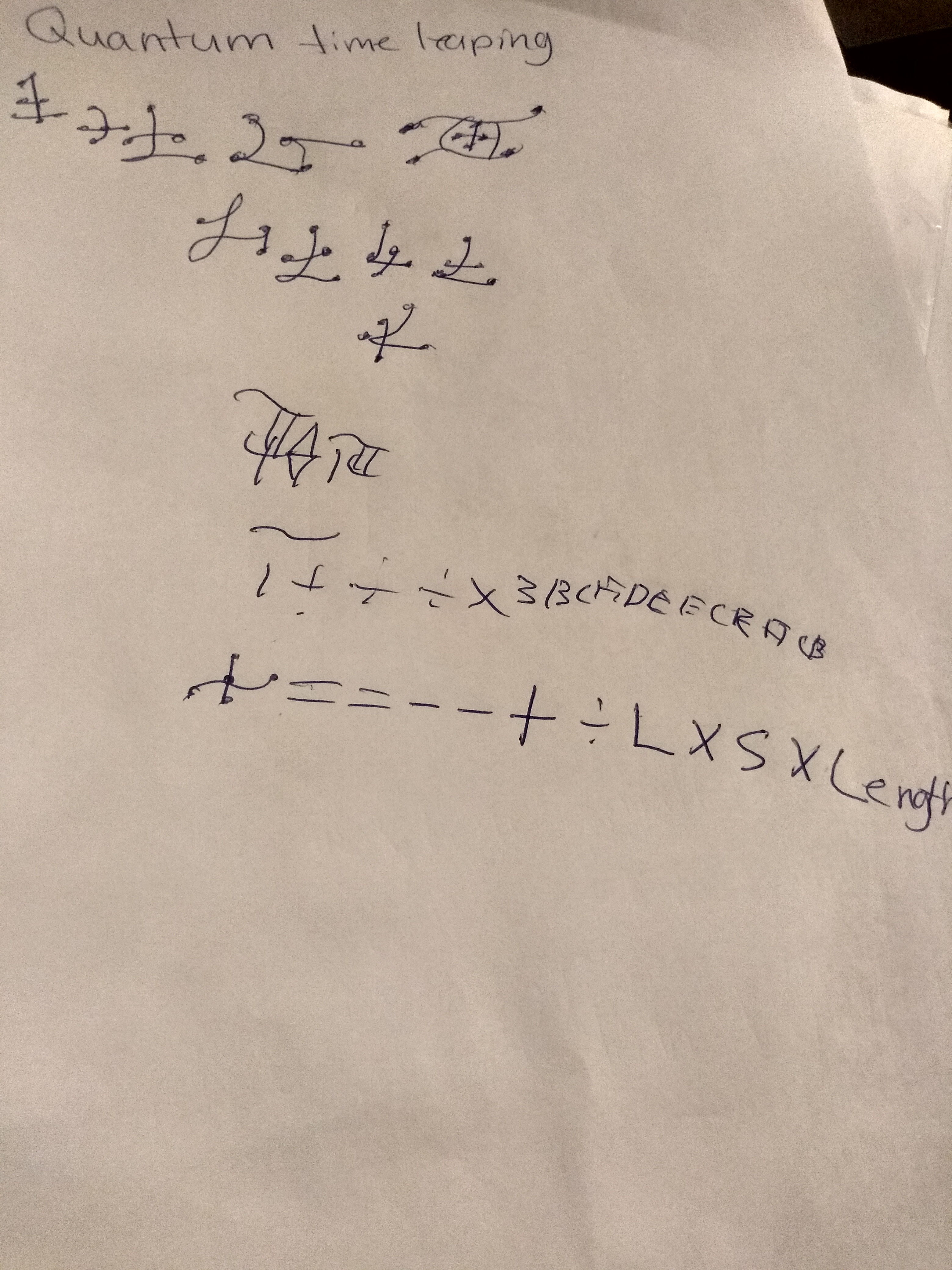 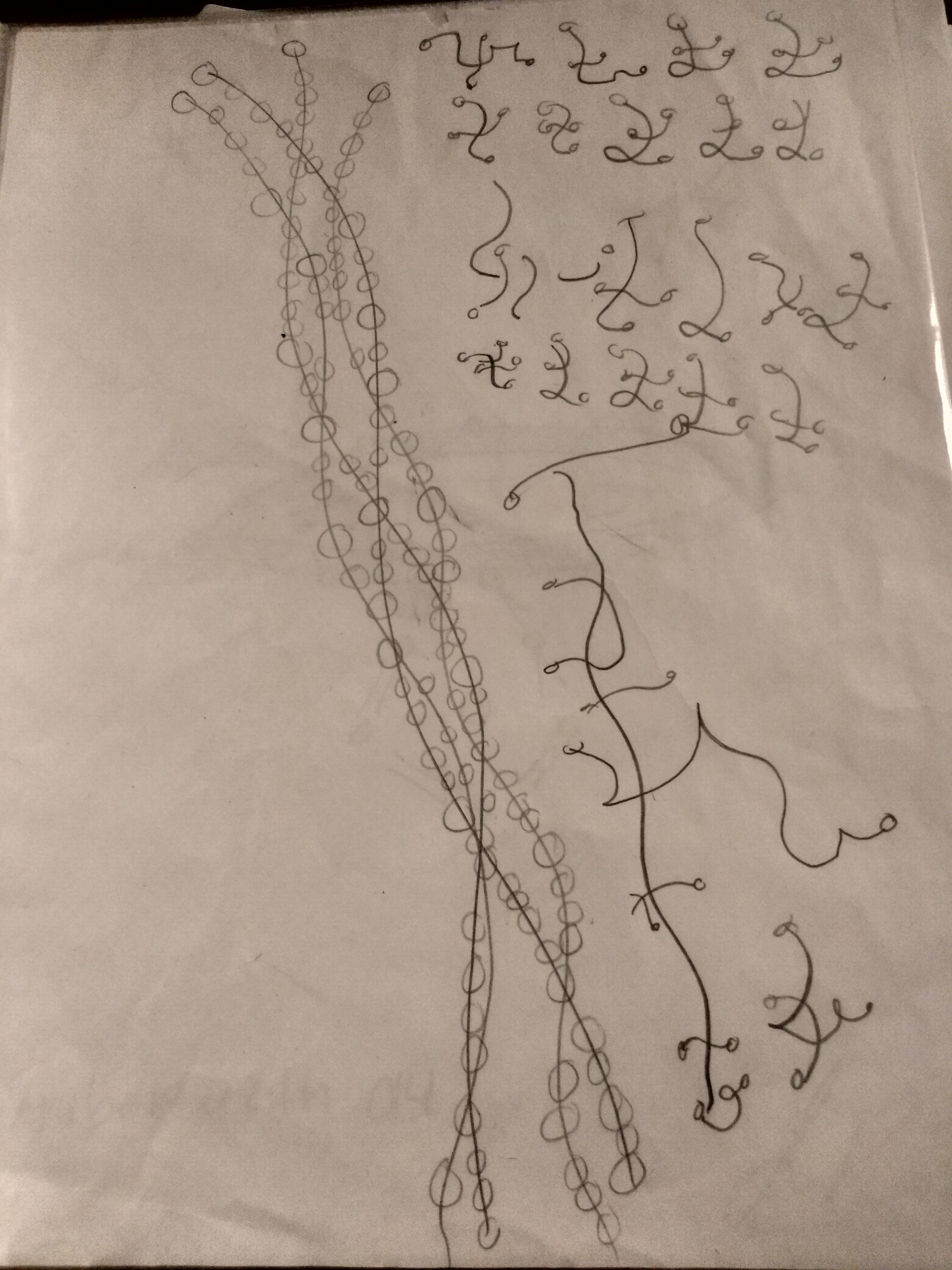 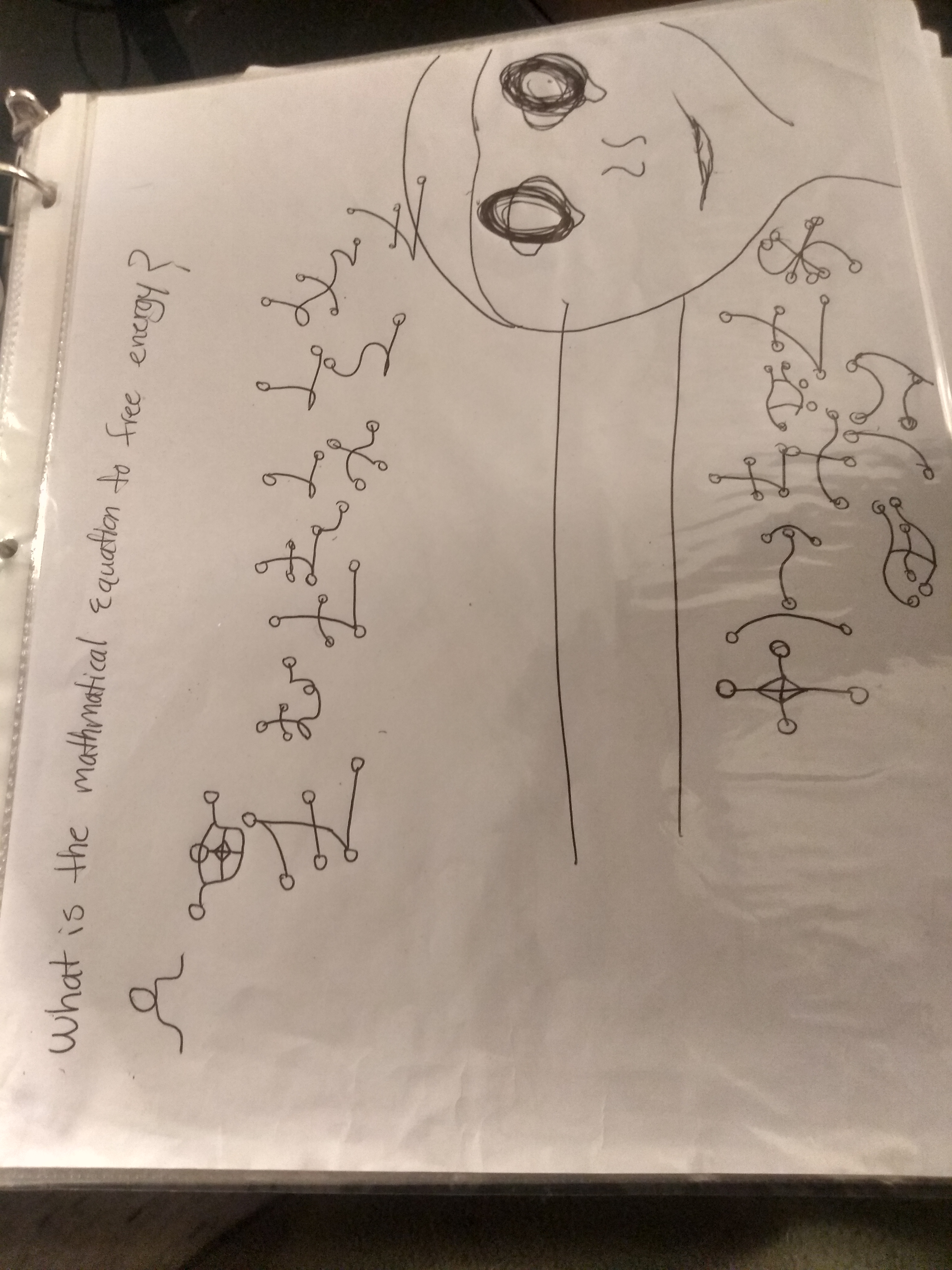 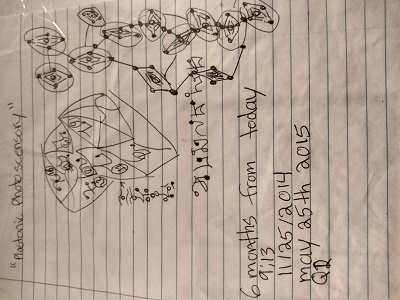 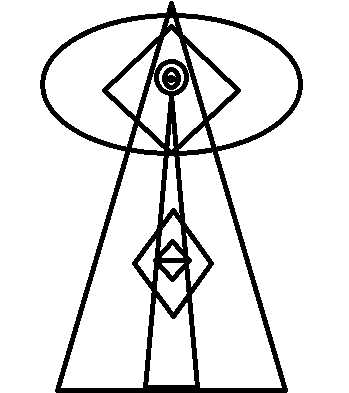 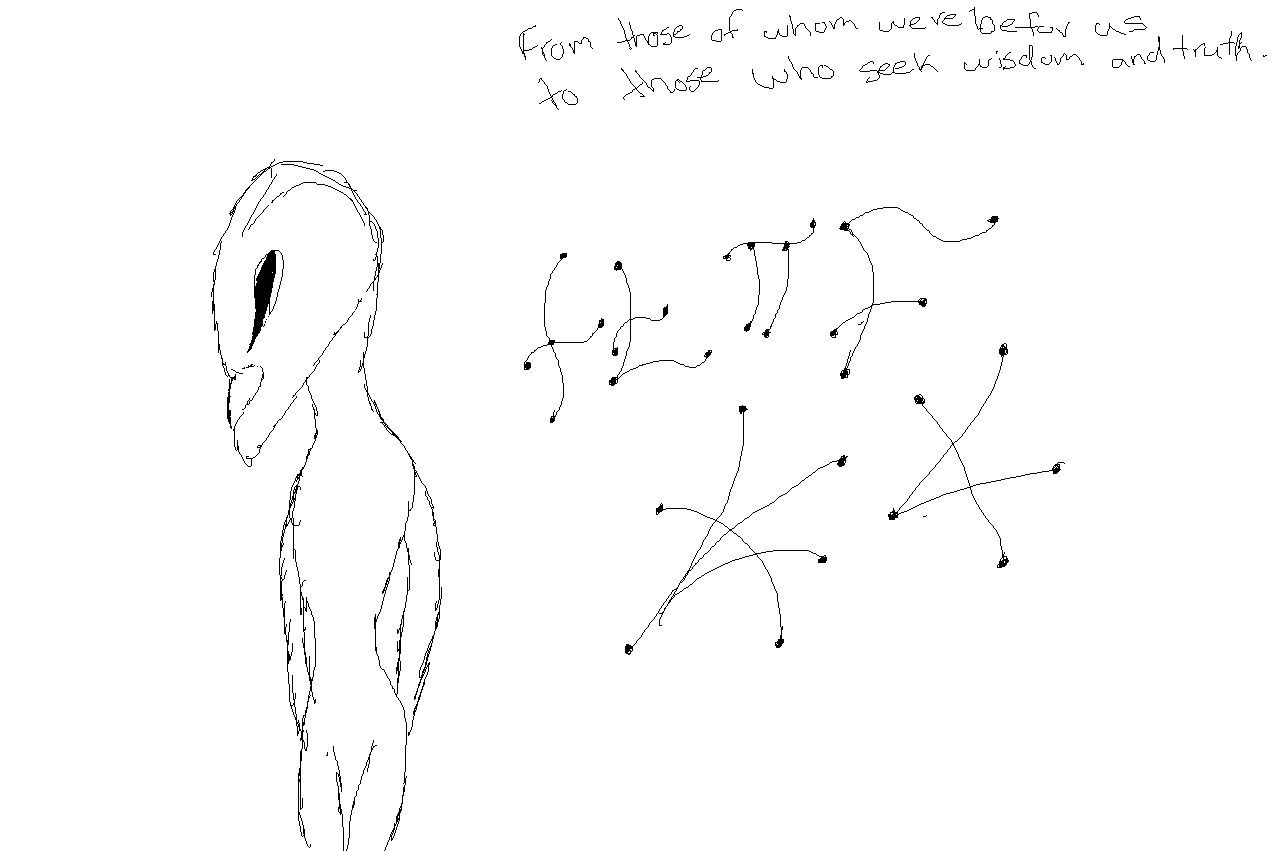 When I did a astro chart what popped up was Gemini that symbol for Gemini looks like some of the figures in your work .
deleted
Top

:o I used the windows 10 math input panel to try to decipher the symbols
Top

A few of these symbols look very familiar. I'll have to look through my notebooks to find a few I drew.
"Passion. It lies in all of us. And though unwanted, unbidden, it will stir, open its jaws, and howl."
Top

Hey KeepersEye, do this on an overlay method and find constellations to put the drawing on top of some constellations, see if they match up.
deleted
Top

I forgot to look for these! I'm posting this in hopes it'll help me remember to look for them tomorrow.
"Passion. It lies in all of us. And though unwanted, unbidden, it will stir, open its jaws, and howl."
Top

It worked! I remembered. I keep trying to upload this unsuccessfully, so we'll see if this time is the charm.

This is one of several symbols I drew in the margin of a story. My stories are world-buildy and I think my way of working out big spiritual concepts.

"Passion. It lies in all of us. And though unwanted, unbidden, it will stir, open its jaws, and howl."
Top

Have you ever thought your stories could be your past lives you enjoy writing them because you be intuned with them you like them because it occupies and makes you excited at times after rereading it and no im not reading you this is just going by off what you said.
Top
Post Reply
12 posts