Request a new Forum Board Topic send Steve (Admin) a pm with your suggestions. 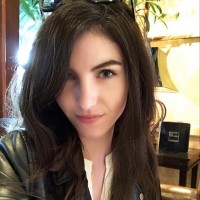 I was looking for information on Scottish Seers. When I was in High School I started having dreams, visions and a just-knowing feeling if someone I was close to or just near by was going to die or be injured. The only person I told about this was my mom because she's always known that second sight runs in my dad's family - his mothers' mother had it too. I never know how soon the death or injury is going to be, sometimes it's that day, other times it's a few weeks. Very rarely I'll spot a stranger on the street and I'll barely have time for my mind to process the feeling of "something bad is about to happen" before, i.e.getting hit by a car. Thankfully I have only experienced the later twice. As well as not knowing when a death or injury will happen, it is also impossible for me to control when I have the dreams or visions.

The whole thing is frustrating and terrifying. I've tried to warn people to be cautious, trying my best not to sound like a loon but they always blow it off or see me as crazy. I've surrendered to the idea that Fate will play out as it wants and I can only watch.

It was only this week, when I really began to look into this specific "curse" that I found this article:
http://www.academia.edu/5902357/Scotlan ... th_century

I'm in touch with a Scottish medium to see if she could help or offer some more insight. Now I'm asking if anyone on this forum has knowledge or experience of this as well.

Thanks for reading,
Morrigan
Top

I hear for you to look more into Iona...Take what resonates, leave the rest. I'll see what else I can find love, xx.

The Brahan Seer – the Scottish Nostradamus

The Brahan Seer, or Coinneach Odhar, was gifted with “the sight” – an ability to see visions that came unbidden day or night. His prophecies were so impressive that they are still quoted to this day.

The Second Sight, more correctly called the Two Sights, is the ability to see both this world and another world at the same time. The Second Sight has never been regarded as witchcraft in Scotland, it is seen more as a curse. “Ah, take patience with the lad for he has the Sight and it is a terrible affliction.”

According to folklore, The Brahan Seer, Kenneth the Sallow (Coinneach Odhar) was born Kenneth Mackenzie, at Baile-na-Cille, in the Parish of Uig and Island of Lewis, about the beginning of the 17th century. He lived at Loch Ussie near to Dingwall in Ross-shire and worked as a labourer on the Brahan estate, seat of the Seaforth chieftains, from somewhere around 1675.

According to legend, it was through his mother that Kenneth the Sallow was given the sight. At a graveyard one night when ghosts were known to roam the earth, his mother encountered the ghost of a Danish princess on her way back to her grave. In order to allow her to pass back into the grave, Kenneth’s mother demanded that the princess should pay a tribute, and asked that her son should be given the second sight. The legend goes that later that day, Kenneth found a small stone with a hole in the middle, through which he would look and see visions.

Your post does indeed resonate with me as I am dealing with many of the same issues at this time. I have successfully and unsuccessfully warned people and often regretted how I conveyed that information. I have a tendency to be more than a bit like a bull in a china shop in my approach and overtly heavy handed in my delivery. I don't know why exactly I am like this but it is likely due to it having worked in the past and mitigating my guilt for those times when I am not listened to.

I completely understand the lack of time to warn and process as well. I have a tendency to second guess myself and review the past at great length after the fact. I am somewhat stuck in the habitual "what ifs" and I don't know the answer to these issue questions. I am also of Irish/Scottish heritage and have a family history of these types of abilities. Mostly these abilities are found in the female members of the family. I seem to be an exception as I am male. I don't even know if it is a relevant fact. It is not an easy thing to discuss with family members and I seem to make others uncomfortable in discussing this openly in the family. So any insight or advice would be greatly appreciated.
Top
Post Reply
5 posts • Page 1 of 1