Bringing some of the mysteries of the universe a little closer to home.
Post Reply
2 posts • Page 1 of 1 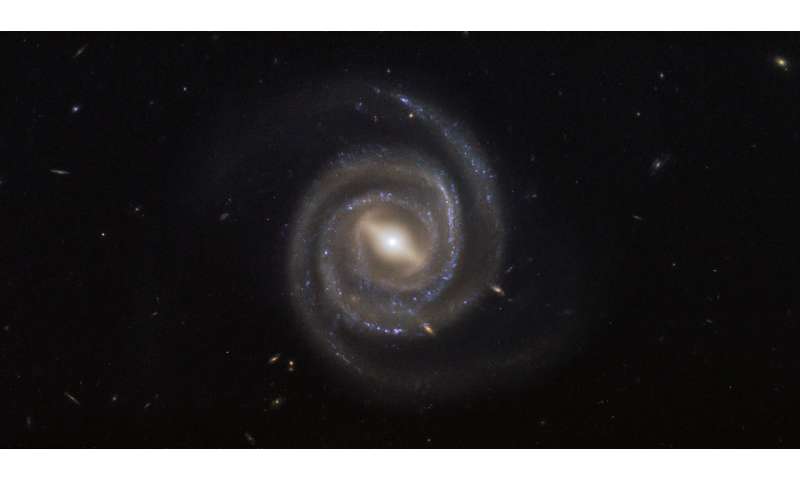 This image, captured by the NASA/ESA Hubble Space Telescope's Wide Field Camera 3 (WFC3), shows a galaxy named UGC 6093. As can be easily seen, UGC 6093 is something known as a barred spiral galaxy—it has beautiful arms that swirl outwards from a bar slicing through the galaxy's center.

It is classified as an active galaxy, which means that it hosts an active galactic nucleus, or AGN: a compact region at a galaxy's center within which material is dragged towards a supermassive black hole.