The origins of the cigar-shaped alien 'asteroid' 'Oumuamua

One of the highlights of 2017 was the discovery of the first object in our solar system that definitely came from somewhere else. At first we thought it was a comet, then an asteroid, and now the International Astronomical Union has reclassified it as something new entirely, an interstellar object. The Hawaiian astronomers who discovered it aptly named it 'Oumuamua, which means "a messenger from afar arriving first", reflecting that this object is like a scout sent from the past to reach out to us.

Research has already helped us learn a lot about 'Oumuamua's rare cigar-like shape, what it's made of (ice with a carbon-rich surface) and its highly unusual orbit, which will take it out of our solar system at a speed of around 26 km/s. The Breakthrough Listen research program has even investigated whether 'Oumuamua is an alien space ship by scanning the object for life forms with the Green Bank Telescope. No intelligent signals have been identified so far, though further observations are planned. 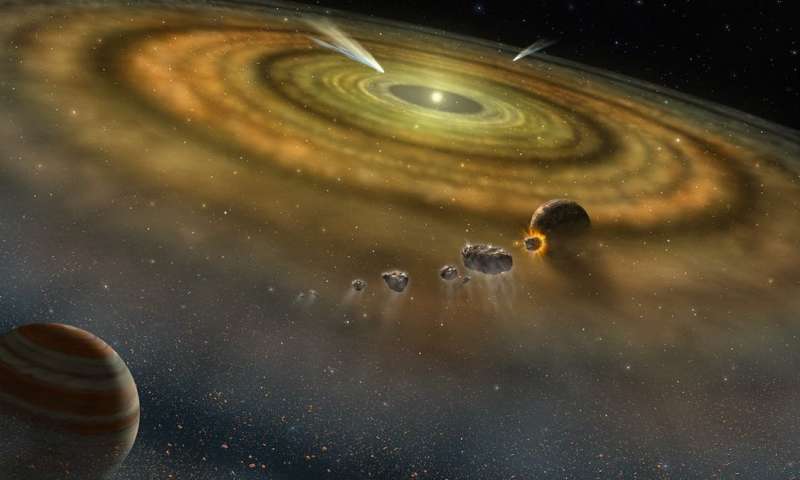 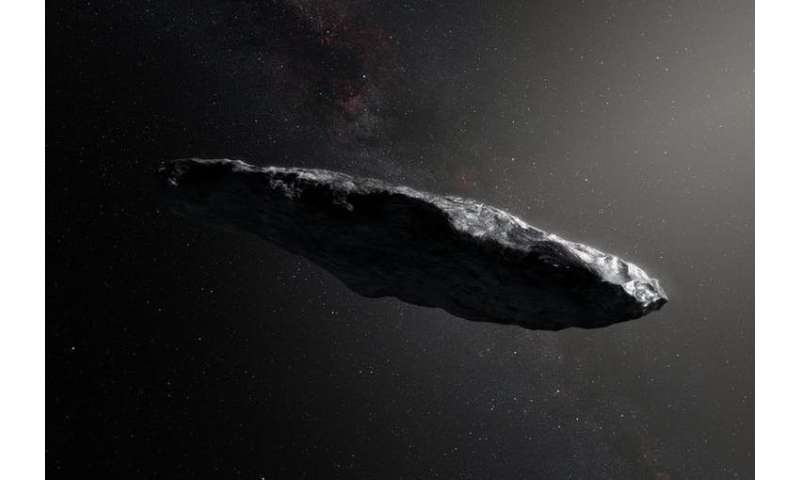 'Oumuamua is extremely elongated and has quite a different shape from other objects in our solar system. It was probably formed by a relatively high-energy process such as a collision, or ejected from a forming star.

The asteroid, named ‘Oumuamua by its discoverers, is up to one-quarter mile (400 meters) long and highly-elongated—perhaps 10 times as long as it is wide. That is unlike any asteroid or comet observed in our solar system to date, and may provide new clues into how other solar systems formed.