My cousin lives in rural Ohio and he swears that there's a Bigfoot-like creature that has been sneaking onto his property and stealing several whole bags of dog food.

Obviously, he started keeping the food inside, but he often gets the feeling that the thing is out in the darkness looking at him. He thinks it's a "Bigfoot" because he glimpsed a darting silhouette one night that was about as tall as an 8-foot high tree branch in his yard.

He says he wants to shoot it, but honestly, I think if he actually was put face to face with one of these, he would more likely pee himself. This Michigan hunter actually had a gun, but was paralyzed with fear when he encountered one and literally puked for five minutes straight when he finally got to a safe spot: https://bigfootbase.com/blog/incredible ... st-century 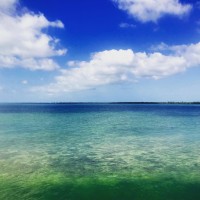 I grew up in rural Ohio in an area known to have bigfoot around. I've never seen one, but I sure have heard them. It's a sound thats quite terrifying so I would never want to come face to face with one!
Top
Post Reply
2 posts • Page 1 of 1